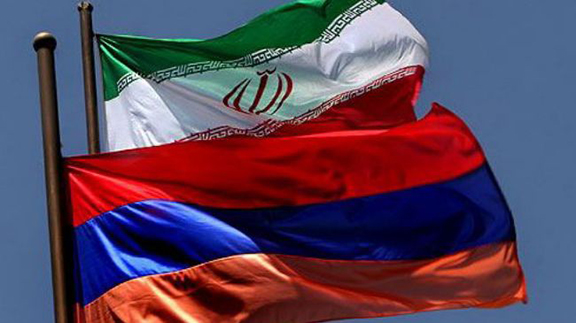 In the first week on June, high level talks between Iranian and Armenian officials touched open many subject from strengthening bilateral ties to visa issues between the two countries. Armenian Foreign Minister Edward Nalbandian traveled to Tehran and met Iranian President Hassan Rouhani on the June 5. The agreement to cancel the visa regime is believed to further develop the ties in different areas such as tourism, which is expected to have a contribution to the economy of both countries. Iran's Parliament Speaker Ali Larijani, referring to the agreement, stated that “…the move will boost the development of tourism between the two states and will create favorable conditions for mutual visits of citizens of Armenia and Iran… It will also strengthen the mutually beneficial economic, trade and other ties.”[1] According to the news, in addition to President Rouhani, FM Nalbandian also had a meeting with Iran’s Vice-President and Head of the Atomic Energy Organization Ali Akbar Salehi and Secretary of the Supreme National Security Council of Iran Ali Shamkhani during his visit.[2] In a nutshell; Nagorno-Karabakh, international issues and bilateral relations were on the agenda of the meetings.[3] Karen Khanlaryan, who is an MP in the Parliament of Iran, stated that the visa-free regime between Iran and Armenia was a serious political step” and, while commenting on the prospects on the bilateral relations, added that “There are huge prospects. There is an option for Armenia to become a transit country, there is a prospect of transporting the energy resources, Iran-Armenia railway project, tourism, trade. Today, declarative statements are issues on these; however, I am sure that this will create a base to practically implement all these steps in the future. Armenia is an EAEU member state, and the possibility of Armenia serving a link to other states is being discussed.”[4]

Close relations between Iran and Armenia, which has a long history, was an inevitable outcome due to the feeling of isolation in both Iran and Armenia, the presence of the Armenian diaspora in Iran, and the concerns over the regional balance of power. But in the post-nuclear deal era, with Iran’s openings, regional trends are also slightly changing. It is important to keep in mind that Turkey and Iran are important economic partners for each other and despite different policies towards regional issues, such as Syria, both actors are aware of the potential of a win-win scenario. Also, contents and the outcomes of the high level talks between Azerbaijani and Iranian officials signal a potential cooperation in the upcoming years, particularly on transportation and energy sectors. Iran considers Azerbaijan for transportation projects as transit country plus as well as a potential market. Moreover, Iran could cooperate with Azerbaijan on the energy field, especially on the issues concerning Caspian basin.

One of the complicated dimensions of the relations between Iran and Armenia is the effect of Russia over Armenia. Russia dominates the mining, energy, and communications sectors of Armenia and limits Armenia’s room for maneuver with technical and legal commitments via regional organizations such as the Eurasian Economic Union and the Collective Security Treaty Organization (CSTO). Such commitments might not give enough space for Iran to improve its involvement with Armenia. Armen Vardanian, an Iranian Affairs specialist at Yerevan’s Armenian Institute of International Security Affairs, states that “Russia will embrace the projects that will not contradict its national interests”. Referring Russia’s interest in the region, he added that “Russia would strongly oppose it (gas projects)… Gas is the last weapon left in Russia’s political arsenal that is a means of putting pressure on some European countries, and the Kremlin will not want to lose it”.[5] The Russian company would not want to lose its leverage over European Union member countries, as being the main energy resources supplier. However, in the post-sanctions era, Iran is also in touch with European countries mainly on the transportation and energy sectors. In this case, Iran needs to cooperate with regional actors to transport its energy to the European countries. According to the news, Rouhani called on Armenian President Serzh Sargsyan to connect the “Persian Gulf to the Black Sea via an Armenia-Georgia transport corridor”[6] and Iran expresses its readiness for the preparations of the construction of a railway connecting Armenia and Iran. Armenian Minister of Transport and Communication Gagik Beglaryan stated that “They (Iran) promised to provide specialists, who will come this month. But of course, money is required for the road construction. The feasibility study of the project is already ready, and now we are looking for the means of construction.”[7] The construction of the railway is expected to finish in six years, and the cost is estimated at US $3.5 billion, Tehran Telegram notes.[8]

On the other hand, Iran would not risk conflicting with Russia. Therefore, cooperation with Iran might not extend to many areas where Russia’s interests are not met. Ties between Russia and Iran do not stand on fragile grounds, both of them are not happy with West’s role in the region and they have similar stances on some issues such as Syria; Russian missiles hit ISIS over Caspian Sea, via territories of Iraq and Iran 2015.[9] Considering such close ties between Iran and Russia, Armenia and Iran might either include Russia in their projects and build at least a trilateral ground for cooperation or build business ties only on the specific areas without conflicting with Russia’s interests.  Within this context, the agreement on visa issue seems like a start which is expected to boost economic ties and tourism.