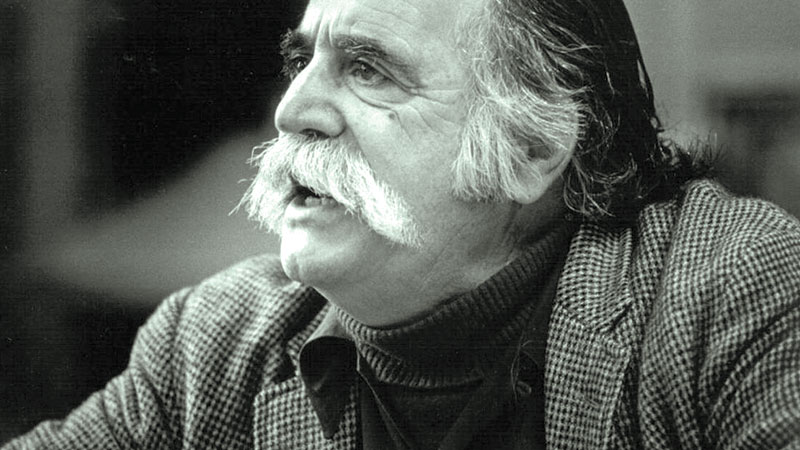 William Saroyan (real name Aram Karaoğlanyan), born in Fresno, California/USA in 1908, was an Armenian American novelist, short story, and theater writer. His family immigrated from Bitlis, Turkey to the US in 1905. Saroyan’s fluid and simple style of writing, who had published his stories since 1933, became very popular and his style even came to be called “Saroyanesque”. Long before Samuel Beckett, who is the first name that comes to mind when talking about the theater of the absurd, Saroyan wrote plays that can be considered as the first harbinger of this style of theater. Saroyan wrote his works in English. In 1939, he won the Pulitzer Prize for his play titled “The Time of Your Life”. However, he objected to the appraisal of his art and thus rejected the award, stating that this work was neither better nor worse than the others. Saroyan came to Turkey in 1964, met with the prime minister of that period, Ismet İnönü, and visited Bitlis. His visit was met with a great interest in Turkey and the Turkish press. The author passed away in 1981, UNESCO declared 2008 as the Year of Saroyan.

There are efforts to commemorate this world-renowned and beloved writer within the framework of the genocide narrative. In a poem written to commemorate Saroyan in the centenary of his birth[1], the word “genocide” is squeezed in, and in the preface of his books or in the documentary “Saroyan’s Land”, it is seen  that people are trying to commemorate Saroyan together with the genocide narrative. Apart from these, the most striking issue is that people are trying to give the impression that they are quoting Saroyan by adding new phrases and concepts to his original words.

The words of Saroyan that start with “I should like to see any power of the world destroy this race, this small tribe of unimportant people”, in the last two paragraphs of the story “The Armenian and the Armenian” (1936) are frequently quoted on April 24, when the victims of the “Armenian Genocide” are commemorated. These words are frequently featured on various posters and websites containing Saroyan's quotes and picture. Aziz Gökdemir says that he saw this quote has been written on the wall under Saroyan's portrait in an Armenian Night in the US, and that many people who have not read the story and do not even know the author know this paragraph very well.[2]

However, when we read the book, and as some Armenian writers have pointed out as well,[3] we see that these quotes in posters contain lines that Saroyan never actually wrote. It is seen that the phrases in the frequently quoted words, “For when two of them meet anywhere in the world, see if they will not create a New Armenia” and “see if they will not pray again” are absent in the story written by Saroyan. The statements “See if the race will not live again when two of them meet in a beer parlor, twenty years after, and laugh, and speak in their tongue. Go ahead, see if you can do anything about it. See if you can stop them from mocking the big ideas of the world” in the original text were removed from these posters and quotations. Moreover, it is seen that the phrase “prayers are no longer uttered” in the story has been changed to “prayers are no more answered” in these posters and quotations.

The addition of phrases such as “they will create a new Armenia” and “they will pray again” should be seen as an effort of the diaspora organizations to unite Armenians around the genocide narrative and religious sentiments. Even the Saroyan Society used the altered quote once, and William Saroyan, having passed away in 1981, could not object. However, Zaven Khanjian, one of the people involved in the preparation of these posters, tried to give the impression that Saroyan's ideas were not distorted by saying “Whereas it was indisputably wrong to tweak Saroyan’s original text, it was done only with the intention of making it even more powerful.”[4]

At this point, in order to shed light on the spirit of Saroyan's true ideas, we would like to draw attention to some of his less quoted words from the story of “Antranik of Armenia”:

“I was an Armenian. God damn the bastards who were making the trouble. That is the way it is when you are an Armenian, and it is wrong. It is absurd, but I did not know. I did not know the Turk is a simple, amiable, helpless man who does what he is forced to do. I did not know that hating him was the same as hating the Armenian since they were the same. My grandmother didn’t know either, and still does not know. I know now, but I don't know what good it is going to do me…”

“In 1915 General Antranik was part of the cause of the trouble in the world, but it wasn’t his fault. There was no other way out for him and he was doing only what he had to do. The Turks were killing Armenians and General Antranik and his soldiers were killing Turks. He was killing fine, simple, amiable Turks, but he wasn’t destroying any real criminal because every real criminal was far from the scene of fighting. An eye for an eye, but always the wrong eye.”

“General Antranik had the same job in Armenia and Turkey that Lawrence of Arabia had in Arabia: to harass the Turkish Army and keep it from being a menace to the armies of Italy and France and England. General Antranik was a simple man who believed the governments of England and France and Italy when these governments told him his people would be given their freedom for making trouble for the Turkish Army.”

These quotes reveal that the mentality of William Saroyan was different from that of today's diaspora Armenian organizations. Some of the Armenian organizations in question show hostility towards Turks and carry out the construction of a militant Armenian identity. However, it is seen that Saroyan, who stood out with his opposition to war, evaluated Turkish-Armenian relations from a broader perspective.

[4] Marc A. Mamigonian, The Misquotation of William Saroyan