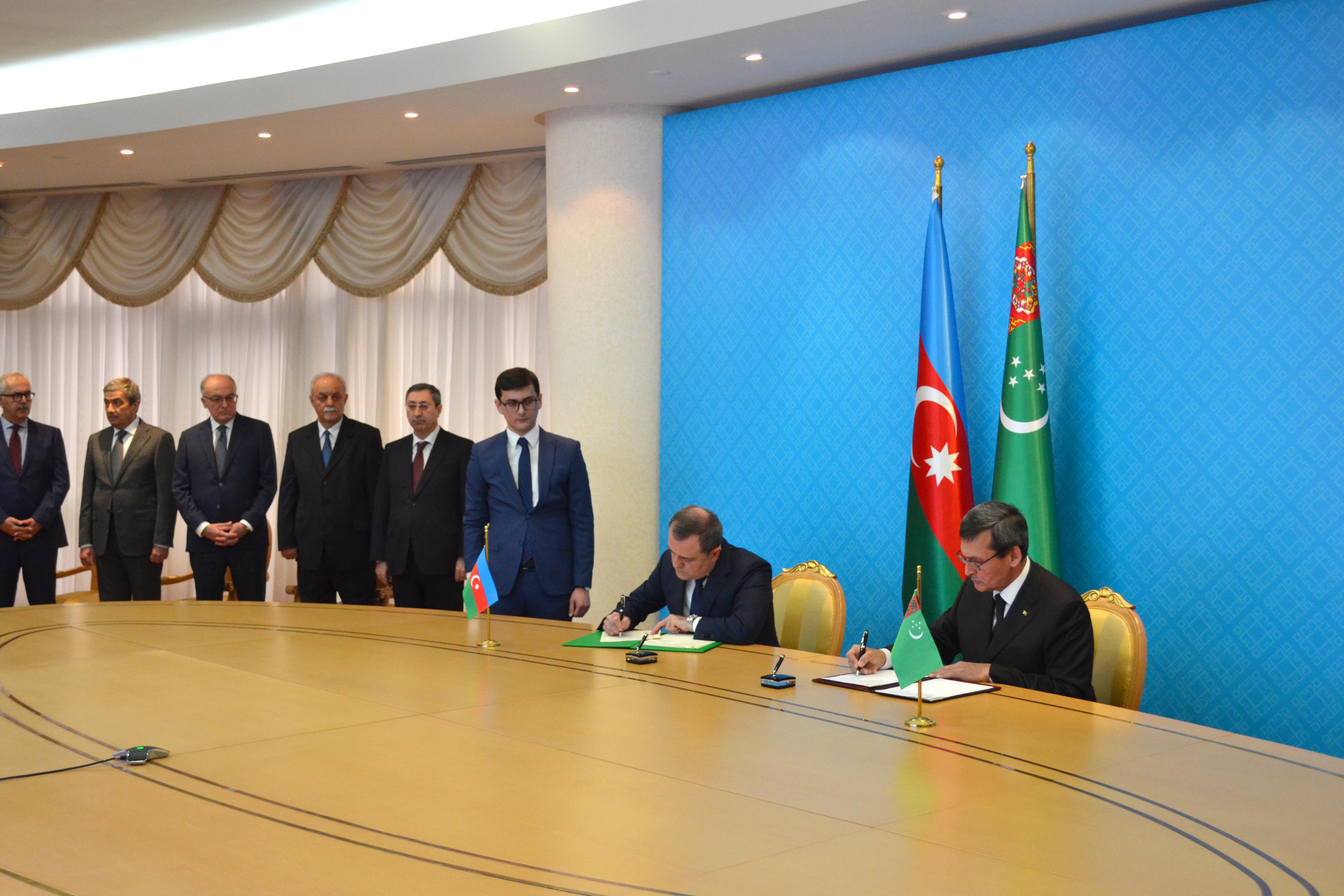 The Azerbaijan-Turkmenistan agreement signed on 21 January that foresees the joint exploration and development of a hydrocarbon field in the Caspian seafloor has hit the headlines of international press. According to estimates, this hydrocarbon field, which was named Dostluk (En: Friendship), contains 50-100 million tons of oil and 30 billion cubic centimeters of natural gas.

These figures are significant, but not as much to let the Dostluk field become a game changer with respect to the global energy scene. To understand this point, one may compare the amount of the natural gas reserve at Dostluk field with the 21 trillion cubic meters of gas that is present in Turkmenistan’s Galkynysh Gas field in the east of the country. So, why has the Azerbaijan-Turkmenistan deal caused such a significant interest among the expert community?

The answer of this question has, indeed, been given by most of the commentators; the deal between Azerbaijan and Turkmenistan may be signaling the heightened prospect of the realization of the long due topical issue of the construction of the Trans-Caspian Pipeline that would carry the Turkmen gas to the European market via Azerbaijan and Turkey.

The transit of Turkmen (and other Central Asian) gas to the European market is not a distant prospect. There is already a functioning Southern Gas Corridor composed of the South Caucasus Pipeline (SCP- running from Azerbaijan to Georgia), which connects to the Trans-Anatolian Pipeline (TANAP - running through Turkey), which then connects to the Trans-Adriatic Pipeline (TAP) that carries gas to Italy via Greece and Albania. Hence, the only missing link to bring Central Asian gas to the European market is the Trans-Caspian Pipeline. Given that Turkmenistan has 19.5 trillion cubic meters of gas reserve that is equivalent to 10% of the world total (making this country the world's fourth largest gas reserve), the construction of the Trans-Caspian Pipeline could bring considerable changes to the global energy scene.

At this point, it should be underscored that the Azerbaijan-Turkmenistan deal came after the Convention on the Legal Status of the Caspian Sea signed on 12 August 2018 by the five Caspian littoral states, namely, Azerbaijan, Iran, Kazakhstan, Russia, and Turkmenistan. This convention is particularly important for being the major move resolving long lasting disputes over the status of the Caspian Sea, as well as the related disagreements on different issues such as regulations on navigation and fishery, environmental protection and extraction of natural resources. The Azerbaijan-Turkmenistan deal, which could be viewed as a corollary of the 2018 Convention indicates that a new era of friendly relations and cooperation in the Caspian region is in sight. This is obviously a hopeful development for stability, security, and prosperity in the region.

From a Turkish perspective, extension of the Southern Gas Corridor to Turkmenistan is a very welcomed prospect. This is so not only because of the optimistic prospects about stability, security, and prosperity in the region, which would have positive implications for Turkey’s relations with Central Asia and its energy security. In addition to these, by the extension of the Southern Gas Corridor, Turkey would gain leverage to pursue its policy of becoming an energy transit corridor or hub. Besides, the increasing capacity of the Southern Gas Corridor that would make Turkey a more strategically important pipeline would help Turkey and the West to improve their relations on the basis of tangible and mutually beneficial economic and strategic connections.