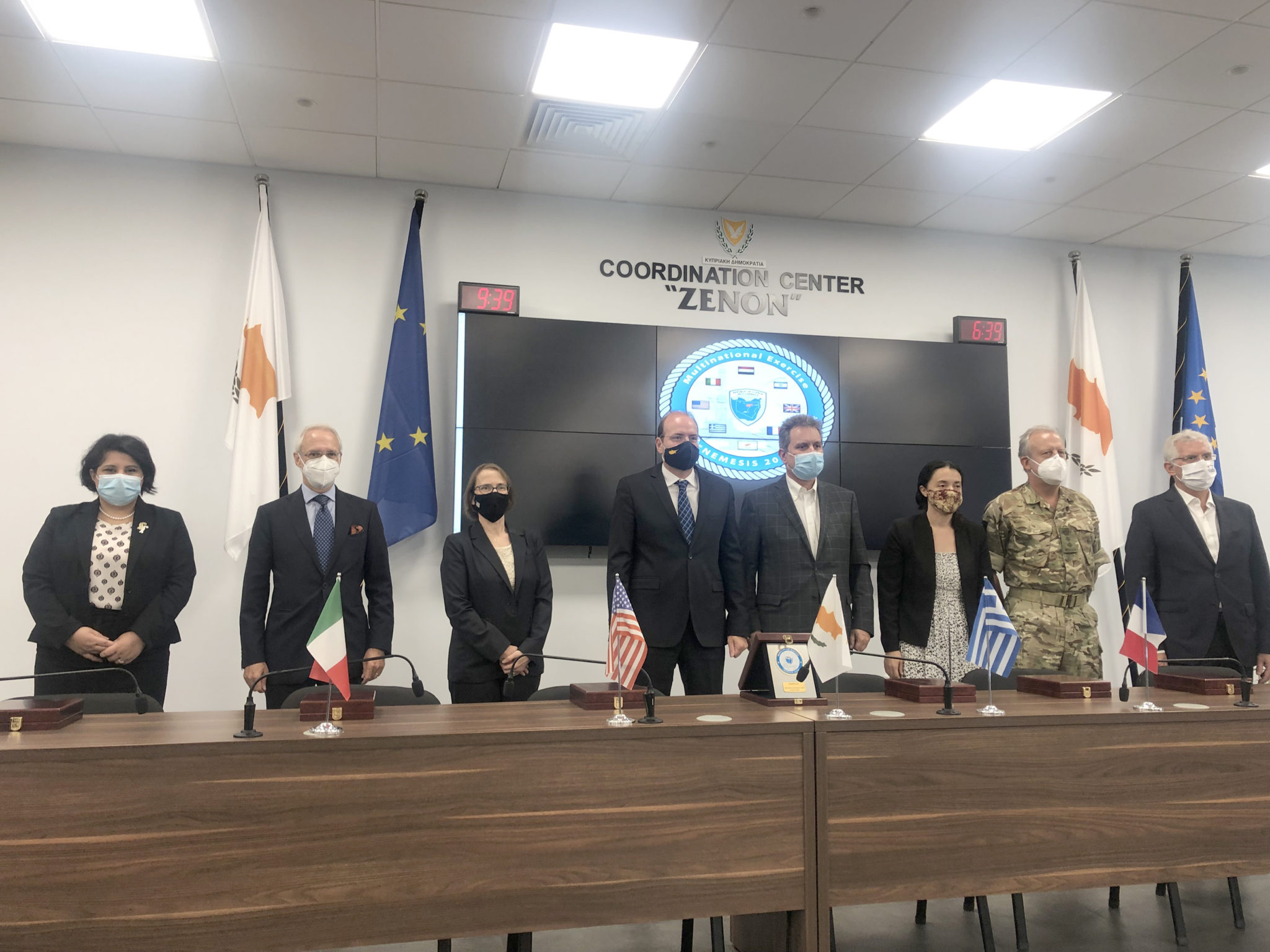 It is reported in the Greek Cypriot media under the heading of “Operation Nemesis with eight participating countries kicks off” that the multinational and multiagency military exercise with the participation of Greek Cypriot Administration of Southern Cyprus (GASC), Greece, Egypt, France, the UK, the US, Israel, and Italy will be held in the so-called “Cyprus’ Exclusive Economic Zone”. The mentioned media report indicates the purported aim of exercise as testing antiterrorism operations, search and rescue, and pollution of marine environment [1].

It is understandable on part of GASC, in view of its recently established trilateral platform together with Greece and Armenia to disparage everything Turkish, that the name given in the Greek Cypriot media to this military exercise for the purpose of search and rescue and pollution of marine environment is synonymous with revenge or retribution in Greek mythology. What makes this particularly reprehensible is that "Nemesis Operation" is the name given to the assassination campaign by the Armenian Revolutionary Federation (ARF) carried out between 1920 and 1922 during which a number of Turkish and Azerbaijani political figures were assassinated. This insidious and cowardly operation was named in those days by the ARF after the Greek goddess of divine retribution Nemesis. Nearly 50 years after the “Operation Nemesis”, ASALA (the Armenian Secret Army for the Liberation of Armenia) and the Armenian Revolutionary Army, or Justice Commandos, a group believed to have been created by the ARF in response to ASALA, had started the assassinations against Turkish diplomats and their families. In this terror campaign, more than 35 Turkish diplomats, their spouses and children had been murdered. These murders were acknowledged to be the continuation of the “Operation Nemesis”.[2]

“Though the men and women of Operation Nemesis broke the laws of man, they did so to bring some portion of sanity to an insane world. The unthinkable actually cannot be answered, but in the case of Armen Garo, Shahan Natali, Soghomon Tehlirian, and others, to act was the only way to continue living. Otherwise they too would have been consumed by the insanity… The Nemesis fedayeen did not see themselves as terrorists. From their point of view, their actions were driven by motives that far surpassed simple retribution or revenge. As holy warriors, they believed their domain to be spiritual, not political. Their job was to exact some fraction of justice. In other words, killing Talat Pasha, Djemal Pasha, Behaeddin Shakir, and Said Halim Pasha was an attempt to bring some kind of balance to the universe… That does not make what Operation Nemesis did legal”[3][emphasis added].

Nemesis’ “revenge mentality” is in fact constructed upon the practices of primitive forms of punishment in the early periods of human society. It represents a primitive understanding of the divine retribution theme in the ancient Hellenic world view. It should be no surprise for the participants to this military exercise that this is more than a provocation to Turkey; it is a show of outright adversity and revenge.