GRAND NATIONAL ASSEMBLY OF TURKEY: RESOLUTION ON THE CONDEMNATION, REJECTION, AND DECLARATION OF THE NULL AND VOID NATURE OF THE USA PRESIDENT JOE BIDEN’S STATEMENT OF 24 APRIL 2021
Share : 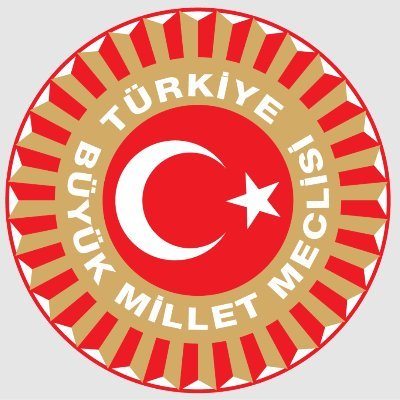 RESOLUTION ON THE CONDEMNATION, REJECTION, AND DECLARATION OF THE NULL AND VOID NATURE OF THE USA PRESIDENT JOE BIDEN’S STATEMENT OF 24 APRIL 2021

As the Grand National Assembly of Turkey, we strongly and regretfully condemn the USA President Joe Biden embracing theses containing the claims of Armenian lobby groups regarding the 1915 Events with his 24 April 2021 dated statement, and reject in the strongest terms this baseless slander which holds no other meaning than the distortion of history for political motives. We consider this statement made by the USA President, who does not possess the legal and ethical authority to pass judgement on historical subjects, to be null and void.

The reason for such an irresponsible statement, 106 years after the events that occurred in the conditions of the First World War and resulted in tragic outcomes for the Turkish and Armenian peoples of the Ottoman Empire, is not due to a change in historical documents or international legal norms. It is rather due to the current US Administration, which is drowning in today’s petty calculations of self-interest, bowing to the pressures of the Armenian lobby groups. This statement, which conflicts with historical facts, is an irrational and irresponsible act that does not contribute in any way to the rapprochement between the peoples.

Turkey has advocated for the 1915 Events to be researched by independent experts and historians, and, with this aim, proposed in 2005 the establishment of a Joint Historical Commission and has opened her archives to the entire world. Turkey’s stance of being this open, certain of herself and her history, and in favor of cooperation and the revealing of scientific facts is based on her intimate knowledge of the 1915 Events’ development process and outcomes, and her self-confidence in knowing that she has never displayed collective antagonism against any people either in her distant or recent past. In this regard, no politician or government has the right to make a statement against Turkey, a country which does not refrain from the research of history, on the contrary, supports all research that would be conducted either individually or collectively concerning the 1915 Events.

“Genocide” is an international legal term that has a highly specific scope and whose application is linked to very concrete conditions. The recognition of this term that indicates a clearly defined accusation, as stated in the 1948 Convention on the Prevention and Punishment of the Crime of Genocide, can only be adjudicated by an authorized court. None of the necessary conditions for the 1915 Events to be legally identified as a genocide are present. Furthermore, the European Court of Human Rights’ judgements in 2015 and 2017 clearly reveal that it is not possible to attribute any meaning to the 1915 Events beyond a historical debate. Moreover, no matter his/her character and position, a politician attempting to pass a judgement that falls in the jurisdiction of the courts constitutes an instance of major legal and ethical irresponsibility.

While there is a need to display sincere efforts for establishing lasting and sustainable peace in our region and the peoples’ prosperity and safety, it is clear that President Biden’s statement regarding the 1915 Events will not serve any purpose other than polarizing the peoples, supporting the agenda of radical-extremist circles, and encouraging hate speech.

Within this framework, we call on President Joe Biden to change this false statement that has deeply hurt our people’s conscience, to support the efforts towards the regional communities being able to live in peace, stability, and prosperity, particularly the Turks and Armenians, and to correct this decision that will inevitably lead to negative repercussions on our bilateral relations.

The Grand National Assembly Of Turkey, which has proudly reached its 101st anniversary of establishment, will continue with an unwavering perseverance and determination to advocate for our national honor, independence, and history that we take pride in its every aspect against any manner of unjust discourse and actions, no matter from whom or where they come from.

The case of this resolution regarding the condemnation, rejection, and declaration of the null and void nature of the USA President Joe Biden’s 24 April 2021 dated statement, being voted and approved and its publication in the Official Gazette has been confirmed in the General Assembly’s 27.04.2021 dated 78th Session.

*This is the English translation of the resolution adopted by the Grand National Assembly Of Turkey on 27 April 2021. The translation was done by AVİM Translator Ahmet Can Öktem. The original Turkish-language resolution can be accessed from the following page at the website of the Grand National Assembly Of Turkey: https://www.tbmm.gov.tr/develop/owa/tbmm_kararlari_sd.karar_bilgileri_linkli?pkararnumarasi=1283&pmecliskodu=1&pdonemkodu=27&pyasama_yili=4