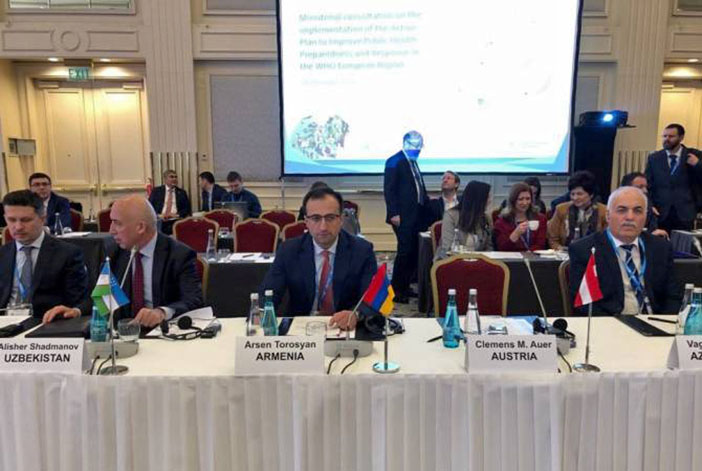 An article published by AVİM in October[1] discussed the possibility of dividing Armenian people into three categories (Turkey, Armenia, Diaspora) in terms of their thought and behavioral patterns. The article touched upon the Diaspora Armenians undergoing a radical and quite negative change over time regarding their attitude towards Turkey and Turks while Turkish Armenians not allowing such an extremism to propagate amongst themselves. Lastly, with examples, it was explained that there is an attempt to impose the Diaspora Armenian mindset onto Turkish Armenians through various discourses.

It is now possible to provide examples of Armenia joining the attempts to "diasporize" Turkish Armenians.

The new Armenian government, which was established following the "Velvet Revolution" in 2018, has been aiming to form a strategy to more effectively utilize the Armenians living in various parts of the world (meaning Diaspora Armenians) towards Armenia’s benefit. The flawed foreign policy that Armenia insists in pursuing has led to the country being excluded from regional projects and its borders being closed with its two neighbors, Turkey and Azerbaijan. Due such missed opportunities, Armenia’s economy has fallen behind Azerbaijan and Georgia, its neighbors in Southern Caucasia. Therefore, investments made in and aids given to Armenia by the Diaspora have vital importance for the country’s economy.

Within this context, during a speech in February, Prime Minister of Armenia Nikol Pashinyan referred to what Armenia envisions regarding the Armenians around the world:

"[…] We have not yet carried out an inventory of the potential and influence of our Diaspora by countries. As a result, this area is not properly regulated. The government’s plan of actions for the next five years gives a special place to the creation of an all-Armenian network."[2]

In conjunction with this, Pashinyan mentioned the establishment of an integrated organization, structure, or format that would represent the Armenian Diaspora:

"We must be able to develop and formulate a concrete address to record who we should speak to for speaking with the Diaspora. There are many issues in the government’s, political agenda, and when they say these issues must be discussed with the Diaspora – whom exactly? The Diaspora is huge and is very comprehensive. There are thousands of organizations and if it is physically possible to discuss with a part of them, it is impossible to discuss with the other part and everyone.

We therefore have the task to create a representational institution representing the entire Diaspora and we all understand that this will be an extremely big challenge and a serious issue, because you know that the Diaspora is multi-layered, it is very complex, there are multiple relations, contradictions."[3]

From this point of view, Pashinyan explained the reason behind the Armenian government’s intention to shut down the Ministry of Diaspora, which had regulated the country’s relations with the Diaspora until this time, with the following statement:

"Overall, one of the reasons for deciding that Armenia should not have a Diaspora Minister was this, because it was implementing functions that were already being done by other ministries. I am talking about educational, cultural, youth and organizational functions. And instead of this, important functions that must be implemented in terms of relations with the Diaspora, basically were not being implemented."[4]

Armenia’s new approach towards the Diaspora was already visible by February. In February, the statements of Armenia’s Minister of Healthcare Arsen Torosyan, who came to Turkey for a meeting organized by World Health Organization in Istanbul, revealed some of the plans the Armenian government has been considering. Torosyan’s visit to the Armenian Patriarchate of Istanbul and his statements during his interview with the Agos newspaper revealed that Armenia perceives itself as the motherland of all Armenians in the world and implied that Armenia, in its own way, includes Turkish Armenians in the Diaspora.

Torosyan gave the following response to the Agos newpaper’s question "In terms of your ministry, what expectations do you have of the Diaspora Armenians?":

"Today we had the opportunity to speak about this subject during the visit to the Surp Pırgiç Hospital [an Armenian foundation hospital in Istanbul]. As a ministry, we are cooperating with Armenian doctors from various places around the world. Firstly, doctors are already visiting us and offering their support in terms of healthcare. I must state that I have left the Surp Pirgic Hospital visit with very positive impressions. In this regard, I think that there are many things that we can do together. […]"[7]

During his visit to the Armenian Patriarchate of Istanbul, Torosyan stated that the Armenian Diaspora cannot not survive separately from its motherland (he meant Armenia) and that he attributed great importance to Turkey’s Armenian community. Torosian continued with these statements:

"The Armenian community here is a little bit more disconnected from Armenia. It is very important for us that the way of thinking as if Armenia is weak and needs money gets changed. It needs to develop and enrich those people who will want to develop it. No longer are we poor, no longer are we weak, we need to develop thanks to the Armenians living in and out of Armenia."[8]

The fact that the Minister of Armenia Torosyan answered the questions regarding the Diaspora Armenians in terms of Turkish Armenians on two separate occasions indicates that Armenia, in its own way, lumps Turkish Armenians with the Diaspora. However, as it had been stated in the article prepared by AVİM on this subject:

"[…] Turkish Armenians are one of the core elements of Turkey and they live in the lands where their ancestors lived. Considering the mental and behavioral differences between Turkish and diaspora Armenians, it is both unrealistic and ill-intentioned to attempt to incorporate Turkish Armenians into the Diaspora."[9]

Armenia aims to create a new framework for dialogue with the Armenian Diaspora in order to attract investments and aid into the country. Such a search by itself does not have any faults. However, including Turkish Armenians into such a plan as if they are also members of the Diaspora would not be appropriate. Such an attempt would be akin telling Turkish Armenians that “you are an element of the Diaspora rather than of Turkey”[10] and would imply an attempt to estrange Turkey’s own citizens from their country.