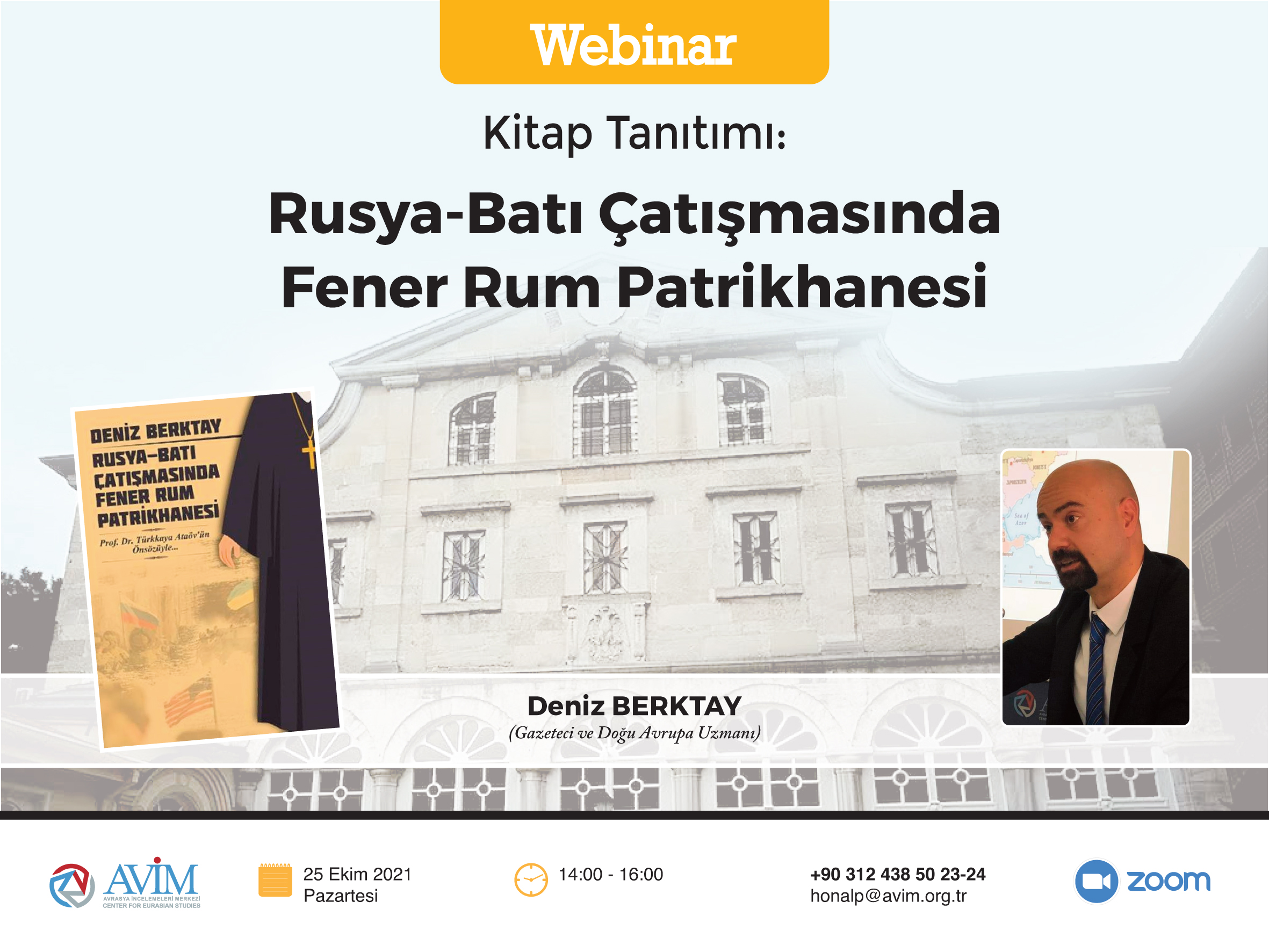 In the webinar, Deniz Berktay, who has been a journalist for fourteen years in Kiev, introduced his recently published book, discussed the intense relations between the US and the Fener Greek Patriarchate in the last 80 years, the role of Orthodoxy in the national identity of the peoples of Eastern Europe, and why the biggest conflict between the Fener Greek Patriarchate and Moscow is taking place in Ukraine.

The webinar ended with a Q&A session.