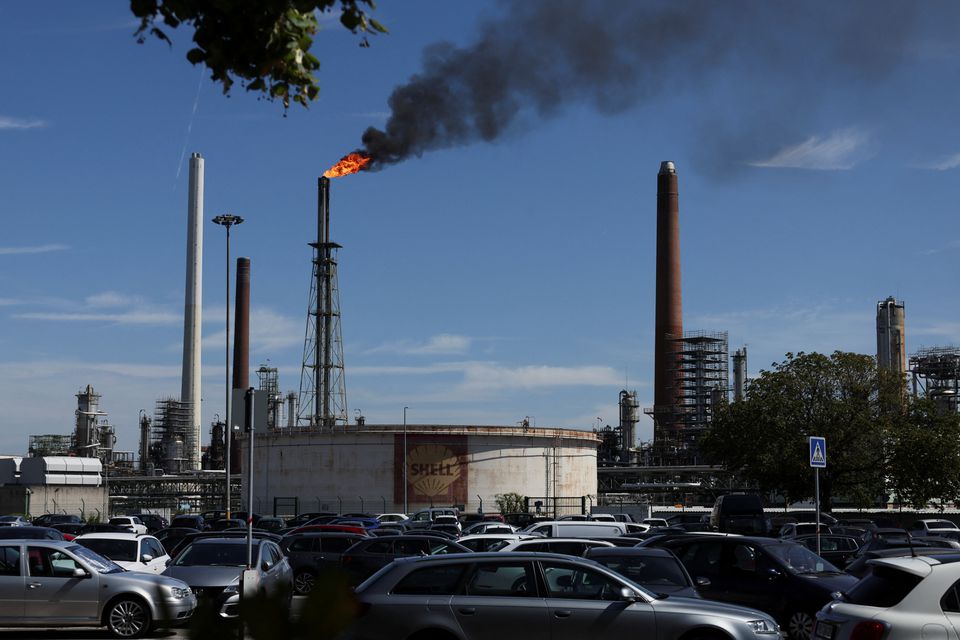 Chancellor of Germany, Olaf Scholz, visited China on November 4 with a group of top executives from Germany. Among those executives, there were CEOs of Volkswagen (VLKAF), Deutsche Bank (DB), Siemens (SIEGY) and chemical firm BASF (BASFY)[1]. It was published by the State Council of Information Office that this visit will enhance cooperation and trust as well as deepen cooperation between the two sides[2].

It is noteworthy that Chancellor Scholz is the first European Leader to come to China since President Xi Jinping was re-elected as the secretary general of the Communist Party of China third time during the 20th National Congress of the Communist Party.[3]. The visit of Scholz, which is the first time by a G7 Leader to China in 3 years, took place at a time when Germany was moving into a recession[4].

However, this visit of Scholz to Jinping must be analyzed under the deep energy crisis that Europe has been going through. In particular, the energy crisis in Europe has had severe consequences for Germany. It was estimated that 25 % of the companies could react to the energy crisis and rising costs by cutting staff, according to surveys[5]. Therefore, 90% of the firms in Germany will probably react to this crisis by raising prices[6]. Thus, restaurants in Baden-Württemberg are limiting the number of items on their menu or keeping the doors closed more often in order to save money because of the energy crisis[7]. Moreover, in Rhineland-Palatinate, a federal district of Germany,  it is aimed to save around 150,000-kilowatt hours of electricity for the ongoing energy crisis by switching electric lights, including the street lights in Hochstrasse North and South, in Ludwigshafen[8]. Furthermore, in Bavaria, it was planned by the Sparkasse Ausburg Bank to decrease the room temperatures in order to save energy[9].

It is well known that cheap gas sent by Russia was an advantage for the industrial companies in Germany until the war in Ukraine emerged since those companies were operating with a lower cost and gaining competitiveness.[10]. Also, it is noteworthy that natural gas has been a strategic good for Germany as it has accounted for approximately 27 per cent of the total energy consumption until June 2022, only for heating, industrial uses and electricity production.[11]. Yet, after the Russian invasion of Ukraine, Germany tried to lower Russia’s share in its gas supply[12].

The situation is not so different from Germany in the rest of the European Continent. For instance, strikes occurred at two different refineries of Total Energies,  in France, on October 24[13].

Indeed, the International Energy Agency (IEA) has been giving warnings that the first genuinely global energy crisis has kicked off, and it will become harder to experience in the coming months, in particular[14]. After the war in Ukraine, in late February,  the IEA responded immediately with analysis, policy advice and support for the governments[15]. However, those responses have not significantly changed the devastating effects of the global energy crisis.

Germany requires finding other suppliers to ensure energy security. On the other hand, Central Asia and its energy resources can be a partial solution for Germany and the rest of Europe.

In addition, the EU has made efforts to develop the connectivity and infrastructure of Central Asia through several projects. For instance, the European Commission has started the Transport Corridor Europe the Caucasus Asia (TRACECA) program, which is continuing today (Krivokhizh and Soboleva, 2022, 8). Moreover, Interstate Oil and Gas Transportation to Europe (INOGATE), a technical assistance program led by the EU, was inclusive to Central Asia, Eastern Europe, and the Caucasus (Krivokhizh and Soboleva, 2022, 8). This program was implied from 1996 to 2016 by the EU. In general, it can be concluded that the EU has a history in the region.

However, it has to be underlined that Türkiye stands as a significant country for the EU’s gateway to Central Asia. Following the dissolution of the USSR, Türkiye was the first country to recognize the Central Asian republics officially, and Ankara was quick to form friendly relations with those countries. Through the work of organizations such as TİKA, TURKSOY and TurkPA, Türkiye developed economic, cultural and political ties with the Turkic Central Asian Republics. Apart from those, the Organization of Turkic States has been playing an essential role in the region by promoting political, economic and cultural cooperation and increasing Ankara's influence in the region. The influence of Türkiye in the region has increased with the joint efforts of each side. This single fact demonstrates that Türkiye is irrevocable to the EU. Countries such as Germany can improve their relations with Central Asian countries through Türkiye. With this understanding, the EU can find a solution to its energy crisis.

[1] Michelle Toh and Anna Cooban, “ Germany’s leader and top CEOs have arrived in Beijing. They need China more than ever”, CNN, November 4, 2022,https://edition.cnn.com/2022/11/03/business/germany-china-olaf-scholz-visit-trade/index.html

[4] Michelle Toh and Anna Cooban, “ Germany’s leader and top CEOs have arrived in Beijing. They need China more than ever”, CNN.